Progress or Pessimism: How Should We Think about the Future? 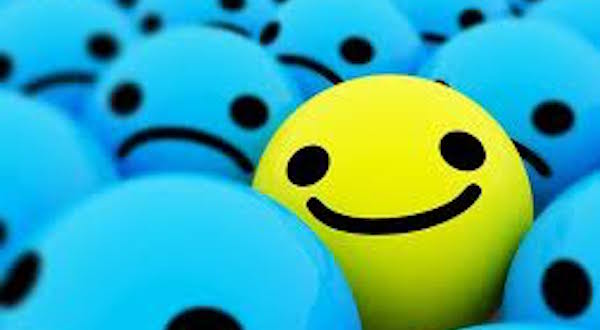 Over the last eight months, I’ve been traveling a great deal. In the context of a recent book tour, I’ve had the chance to speak to many different groups of people in cities around the United States about the future of consciousness and culture. In those talks, dinner conversations, salon discussions, bookstores Q&As and media interviews, I’ve had a unique opportunity to engage with people from all ages and many walks of life. We’ve pursued questions that get at the heart of the human endeavor, and I’ve appreciated hearing how they think about the big questions—where we’ve come from, where we are going, and what it all means. And among all the different attitudes and ideas about the future I encountered, one thing stood out. I was surprised to find out how many people are quite pessimistic. They express a quiet but real despair about humanity’s potential. Between the challenges posed by climate change, the economic difficulties of developed and developing nations, the dangerous mix of technology and terrorism, the ongoing poverty and suffering of billions of our fellow humans, and the seeming inability of governments to respond to these significant issues and others, people find themselves losing faith in our collective future. They are pessimistic, not that we could respond to the issues that beset us, but that we will. We may have the ability, but they observe that we lack the political or social will and global solidarity to make the choices necessary to put us on a positive track forward. If once is an example, twice is a coincidence, and three times or more is a trend, then pessimism is a serious trend out there among many progressives. But what makes this anecdotal observation particularly interesting is that there is another active trend establishing itself on the front pages of our media these days and influencing the edges of our culture as well. Optimism. I see it every day, in books and articles by some of the smartest, best informed, most forward-thinking of our culture’s intelligentsia. There is a resurgence of a kind of unbridled optimism about the possibilities of the future—from “rational optimist” Matt Ridley’s debunking of apocalyptic thinking to Steven Pinker’s assertions that violence has been decreasing throughout history in his bestseller The Better Angels of Our Nature, to Steven Johnson’s trumpeting of technology and peer networks in Future Perfect, to Peter Diamandis’ techno-inspired optimism expressed in his book Abundance. These thinkers argue that we simply don’t appreciate how good things are in comparison to how they have been historically, and how much better they are likely to become in the near and far future. They point out how far the modern world has come, how much technology and industry have already transformed human culture for the better, and they allude to new economic, social, and technological revolutions on the horizon. While they vary in tone and content, the overall message stands in stark contrast to the perspectives of so many whom I met on the road this last year. Pessimism is misguided, they tell us. Optimism is the only rational conclusion to be drawn from the trajectory of history. So how do we negotiate the conundrum of these contradictory conclusions? Should we feel exuberant or terrified about the future? Should we feel encouraged or alarmed by the trends of history? Is optimism or pessimism the rational conclusion of our moment? My own problem is that I find myself embracing the optimist’s convictions while simultaneously being moved by the pessimist’s concerns. Is that a tenable place to stand? Am I being sensible or schizophrenic? Am I trying to have it both ways, or is there a way to integrate these two opposing perspectives? The Power of Innovation “Ever since Thomas Robert Malthus,” Matt Ridley writes in his recent Wired article, “doomsayers have tended to underestimate the power of innovation.” He is