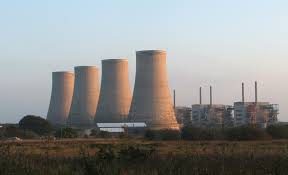 Last week I featured Middlebury, intolerance, and Charles Murray. Article number 4 this week will continue that theme, this time with Wellesley and Laura Kipnis. But before we get to that, let’s pivot to a subject that is no less controversial or important—but more about the economic world than the academic. Energy. There have been several interesting articles to feature this week on energy, carbon, new technology. Putting aside the current administration’s quixotic quest to resuscitate coal, which is probably America’s dirtiest fuel source, I wanted to share an article about nuclear and one about lithium. Both may play a crucial role in America’s energy future, not to mention the world’s. And both are right in the middle of the debate about a post-carbon society.

1.The Future of Energy

This article from Vox is a deeply insightful, sober, and at times encouraging overview of the issues around one of the most important sources of carbon-free power that we have—nuclear. Nuclear is not just carbon-free, its footprint, in many respects, is also smaller than solar or wind. But the fears around it are significant and undiminished since Fukushima. Two of the more prominent voices in it are the founders of the Breakthrough Institute (Ted Nordhaus and Michael Shellenberger, who has since founded his own think tank Environmental Progress). Rarely will you find a better overview.

Read Here: Nuclear Power is Dying. Can Radical innovation Save It?

Next up is an article from Bloomberg BusinessWeek about lithium. Critical to new battery technology like those used in Tesla cars, lithium is the new black gold of the 21st century, or could be. And the global rush to mine the stuff continues unabated. Of course, this is one reason why Musk put his new Gigifactory in Reno.

Ever since the election, journalists have descended on Pennsylvania like jackals, desperate to explain the source of Trump’s victory. Not all of these articles are enlightening, but this one I found particularly interesting as it delves into one subculture, Russian immigrants in their adopted home of Philly.

Read here: Why Philly’s Russians are Crazy for Trump

In fact, Lipkovskaya suggests that the population hailing from ex-Soviet states might be predisposed to an up-by-the-bootstraps message like that of the Trump campaign, and a drain-the-swamp message, too. “In my family, we paid for everything with our hard work and great attitude toward this country,” she says. “Eastern Europeans are not so much depend on public benefits. We’re not waiting for dollars to fall from the trees.”

And speaking of immigrants, here are two articles carefully outlining the real issues around labor faced by two different industries. A couple of takeaways. These are not jobs that native whites are likely to dive into in great numbers, with or without Hispanic immigrants. Moreover, as with higher minimum wage laws in municipalities, it’s not hard to see this driving more companies to automate. That’s probably a positive thing for the economy overall, but it’s hardly the intention of the job protecting, wage-protecting progressive policy-makers that pushed through such changes.

Some farmers are even giving laborers benefits normally reserved for white-collar professionals, like 401(k) plans, health insurance, subsidized housing and profit-sharing bonuses. Full-timers at Silverado Farming, for example, get most of those sweeteners, plus 10 paid vacation days, eight paid holidays, and can earn their hourly rate to take English classes.

3. Does Nationalism Have An Upside?

On a side note, I’m writing this in a café. Of the eight other people here, four are Asian, and speaking two different languages (at least I think they’re different. But I could be wrong). Anyway, gotta love California. But hey, I guess that makes me a nasty globalist. Well, I plead guilty. But there are two sides to every story, and for another perspective, and a very important argument for positive nationalism, check out this smart, thoughtful take on the polarity between nationalism and globalism by The Institute for Cultural Evolution’s (ICE) Steve McIntosh. As readers of this blog may know, McIntosh and I co-founder of ICE. His article is called The Upside of Nationalism.

Read here: The Upside of Nationalism

American voters have, of course, made many bad choices in the course of our history. This fact, however, cannot be used as an excuse to roundly dismiss Trump’s voters as completely lacking good sense or good faith. “Deplorables” can certainly be found on both the right and the left, but roughly half of America can’t be entirely wrong. While history may well prove that Trump was the wrong choice for president, the electorate’s larger choice to reemphasize nationalism cannot be so easily dismissed as completely mistaken.

4. A Feminist Gets the Intolerance Treatment

Okay, back to academic liberalism and its discontents. This article is from The Atlantic, about the controversy around another campus speaker, this time feminist Laura Kipnis.

For the record, I have always found Kipnis a very interesting intellectual, though I don’t claim to know her work well. But don’t take my word for it, read her books yourself. Or just read this article:

Here is a little good news. It’s always important not to forget, amidst the harrowing news of the day, that not everything is going to hell in a hand basket. In fact, quite a lot is getting better and better.

And since we’re on that theme, here are some visions of the future to keep you occupied until the next apocalyptic news article you read. 🙂