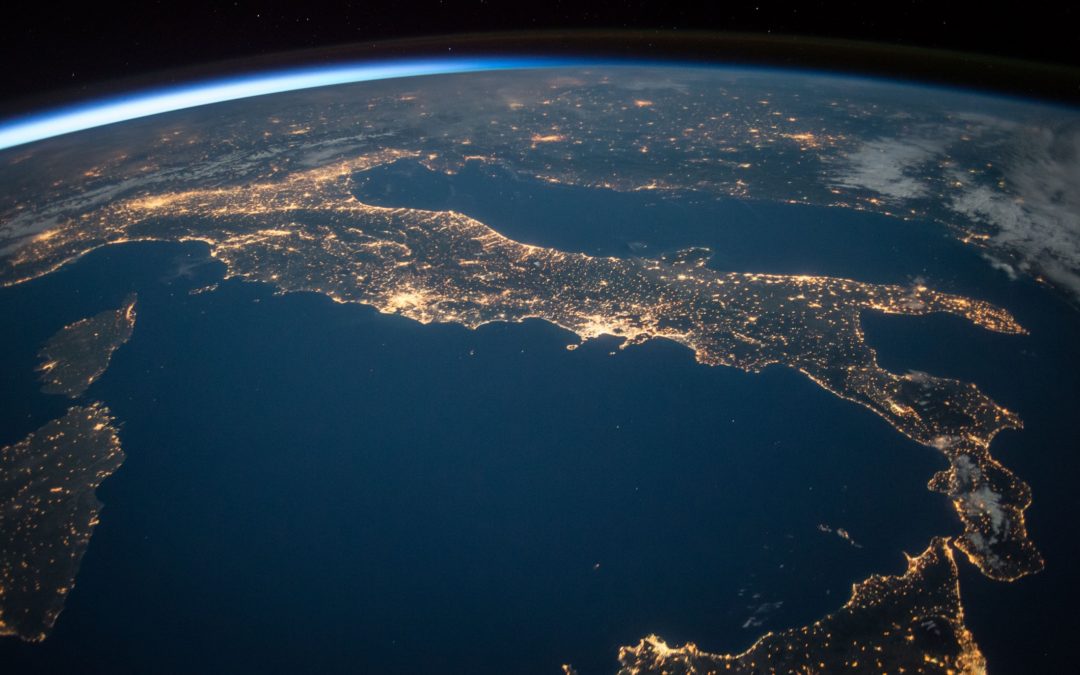 1. 7 Things We Learned About the Earth This Year

We’ll start with an easy one. I found this interesting, in part because it didn’t just wallow in the usual parade of bad news that we get on Earth Day about impending climate disasters. I’m not saying we shouldn’t be concerned about climate; obviously that’s an important issue. it’s just that our contemporary media leans so strongly toward reporting on problems and not on solutions or promising trends that it’s important to balance it out from time to time. This article contains the good and the bad.

7 Things We Learned About the Earth

2. Daniel Pinchbeck and the Revolution/Apocalypse

Daniel Pinchbeck has a new book out and author Gary Lachman reviews it on his blog. What is interesting is that these two both come from the esoteric side of the counterculture. Pinchbeck by way of his psychedelia, Burning Man-esque, shamanistic, countercultural celebrity. Lachman by way of his transformation from band member of Blondie to serious scholar and accomplished author. He’s actually a member of the Rock and Roll Hall of Fame. He’s written books on Jung, Swedenborg, Steiner, Ouspensky–just to name a few. He’s tough thinker, independent thinker, and knows the territory of western esoteric mysticism like few others.

I was not a fan of the strange messianism of Pinchbeck’s last book 2012: The Return of Quezalcoatl, though he is an engaging writer and good storyteller. Pinchbeck latest book, How Soon is Now?  complete with introduction by progressive hero Russell Brand, is sure to generate enthusiasm, given Pinchbeck’s standing in the countercultural scene.

Lachman’s review, “Who will Save us from the Saviors?”, suggests that Pinchbeck’s solutions for our cultural and ecological crisis are too authoritarian and illiberal. One of the many problems with apocalyptic thinking–spiritual or religious or ecological or cultural–is that it gives you permission to embrace your own inner authoritarian “if-I-ruled-the-world” tendencies with a kind of “ends justify the means” gusto. Lachman’s carefully deconstructs this Pinchbeck’s ill-conceived plans for collective evolution, which come to think of it, don’t sounds that different from things we here on the more secular side of the progressive spectrum. Apparently, he invokes the spirit of Teilhard De Chardin to make his point. Lachman suggests he misunderstands Teilhard. I’ve met Pinchbeck; I liked him personally. I’m sure he’s very well intentioned. But as someone who also wrote a book in which thoughts of collective evolution and Teilhard de Chardin played a significant role, let me just say that we always have to be careful that our cultural “cures” are not worse than the disease. Who will save us from the saviors, indeed?

This article was also a reminder of how much I enjoy Lachman’s thoughts and writings. It is rare for anyone to be so fascinated by and well-versed in esoteric mysticism and western spiritual traditions while maintain a healthy sense of skepticism and rationality at the same time—a quality well demonstrated in this review. I recommend it, and him, wholeheartedly. Below is a brief excerpt.

One would think, though, that the aim of a truly free and enlightened society would be to reject such measures wholly, rather than use them for our “own good.” And if sages and saints from Buddha to Mother Teresa have had a hard task prodding us to evolve, I doubt if a team of shamanic Mad Men can get the job done in the time remaining. But then Pinchbeck believes that consciousness—yours and mine—is “mass produced by the corporate industrial mega-machine” anyway, so if enough enlightened IT heads are put together, they just might shape “new patterns of behavior and new values for the multitudes,” a “new subjectivity,” just in time. To me this is reminiscent of B.F. Skinner’s dictum that we need to get “beyond freedom and dignity” and submit ourselves to benign social conditioning in order to save the world, and it is just as unappetizing.

Last year I had the chance to meet “rational optimist” Matt Ridley at a conference in Ojai, CA, and enjoyed a couple of brief conversations with this engaging evolutionary thinker. I was struck by his recounting a conversation with Steven Pinker in which the distinguished author declared that in the not-too-distant future we would look back at our contemporary relationship to animals (not just eating animals, but the our overall treatment of them) in much the same way we look back today at other forms of historical barbarism like slavery. Of course, I couldn’t agree more, but this is still rarely voiced idea in mainstream intellectual discourse. But then, here was Ridley last week, opining the same in Britain’s The Times. A powerful statement and a courageous one as well.

Matt Ridley on the Ethics of Meat

4. Jill Lepore on Lots of Things

I first became aware of Jill Lepore through reading her article about political polarization a few years ago. I also read her book on the Tea Party. We (my ICE co-founder and I) tried, unsuccessfully, to get her to attend in conclave on the same subject a few years ago. But while I didn’t meet her in person, I was happy to have a new writer to watch and follow—especially given how wide and eclectic her interests are. Indeed, this longtime New Yorker writer has a lot to say about … well, all kinds of things, as this interview demonstrates. Lepore is one of those rare writers who has a deep sense of history and is an expert on many subjects, and quite thoughtful as well. Among other gems, this interview includes this great quote in the virtue of editors:

Here’s a way to think about that: what percentage of everything “published” in, say, 1952—that is, every radio and television broadcast, every magazine, newspaper, newsletter, book—was edited, in the sense that it passed through the hands of at least one person whose entire job was to consider the judiciousness and reasonableness of the argument and the quality of the evidence? Let’s say—wild guess—more than 98 percent. And how much of everything “published” in 2017—every post, comment, clip—is edited? Who knows, but let’s say, less than 2 percent.

Jill Lepore on Lots of Things

5. Is Our Brain Being Hacked By the Attention Economy?

Tristan Harris is a former “deisgn ethicist” at Google and has been on the media circuit recently criticizing the downsides of the “attention economy” and the damage it might be doing to our culture. Tristan is a local, and highly respected by people in my network here in the Bay Area. You can see why in this video. He is thoughtful, clear, and his analysis is timely. It’s not necessary a new point—in fact, many ways, he is repeating the warnings that Jaron Lanier voiced quite powerfully a few years ago in his two books, and others have as well. Perhaps my favorite theorist on this subject is Thomas De Zengotita, who wrote the powerfully prescient book Mediated, more than a decade ago.

I worry that these kinds of analysis tend to nostalgically imagine a more ethical and responsible media landscape that, if it ever existed, was historically rare. The problems with news aggregation and issues around the the decentralization and postmodern democratization of information are hardly unique to Facebook, though the Facebook “news feed” has certainly empowered the algorithmic issues that drives individuals news bubbles. Indeed, there are always issues with new forms of media, be it the telegraph or the telephone or facebook algorithms, and ongoing myriad of ways that each will corrupt our brains and souls. I mean, fake news has been a problem since the emergence of gossip. Don’t get me wrong. These are real issues, and I welcome smart discussion of them and suggestions for amelioration. In that respect, Harris is leading the way.

The Race to the Bottom of the Brain Stem