A Zen Master Exits the Stage 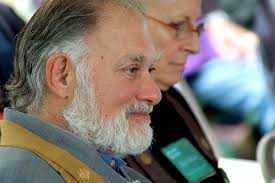 Almost a decade ago, I had the opportunity to spend an afternoon with Bernie Glassman and actor, Jeff Bridges. The long time partnership and friendship between these two was well known, and eventually captured in the 2014 book, The Dude and the Zen Master. The purpose of this particular meeting was an interview, but on this occasion, I wasn’t doing it. I was just along to take pictures. As we sat on a bench outside the Zen Center in Western Massachusetts, I got to hang out and listen to Glassman talk about his remarkable life of meditation and activism, and quietly snap pictures of them both. To say they were easy to be with is an understatement. They were fun, delightful, informal, and unassuming. No star ego. No guru pedestal. No charismatic personality to fight through.

Glassman was a doer, an activist, a meditator, a teacher, by all accounts a loving leader to a rich, Zen community. He wasn’t really a theorist or intellectual. Indeed, if you were looking for someone to intellectually clarify spiritual matters, he probably wasn’t your guy. I remember how editing an interview with him was an exercise in trying to find enough connective tissue to edit moments and snippets of meaning into some kind of coherent whole. Perhaps he was just too “Zen” (nothing to do with his intellect, he had a PhD in mathematics.) But without question, there was the deep wisdom of a true practitioner in his eyes, the kind that only comes from hard-won experience. Somewhere between Jewish Rabbi, a laughing Zen monk, passionate social activist, and friendly father figure, Glassman wasn’t afraid to get his hands dirty. In addition to his calling as a Zen teacher, he worked directly in struggling communities, with the homeless, lost, and disadvantaged. He founded the activist group, Zen Peacemakers. He had the look of a man who has seen heaven and hell, and could probably tell you about it in glorious and gritty detail, but would rather spare you the pain. He was an American-flavored Buddha who had faced down the depths of societies ills and come back again with his soul and smile intact. I only met him that once, but he seemed a monk like few others. 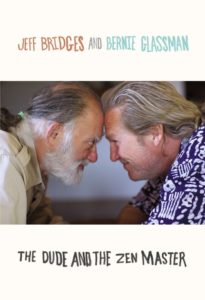 I live in Oakland, on the edges of Silicon Valley, where meditation is all the rage among the Technorati. Buddhism is more popular than ever, and the saints of the new generation are intellectuals with a yen for meditation, like Sam Harris and Yuval Harari. But all of them owe a small debt of gratitude to the originals, like Glassman,  who once upon a time looked with fresh eyes at those mysterious and mystical Eastern traditions and asked: what about here? What about me?

Indeed, long before neuroscience hitched up with Buddhism, before the Dalai Lama wrote bestsellers, and technology found its way into meditation apps, there were a few pioneers who brought Zen to America. They got the whole thing rolling. The list is long and distinguished—Gary Synder, Charlotte Joko Beck, Phillip Kapleau, Alan Watts, Toni Packer, and many others. All of those young, inspired Americans exploring the exotic universe of Buddhism needed guidance, and they received it from two of the most prominent Zen Masters of the era, who took up residence on the West Coast, one in SF, one in LA. I’m talking about Suzuki Roshi (San Francisco) and Maezumi Roshi (Los Angeles). Both would become legendary (Maezumi actually studied some with Suzuki) and spawn lineages that impact American spirituality even today. Glassman was Maezumi Roshi’s most senior student and his first ordained American teacher.

Today, the pioneers of that era are leaving us. So tip your glass to Bernie Glassman, both for what he did, and for all he represents. Along with his contemporaries, he really did change the world.

Below is a link to the New York Times Obituary on Bernie Glassman.