Energy and power is fundamental to the information age, and few people bring as much insight and knowledge to the table as Robert Bryce, author of A Question of Power and creator of the new documentary Juice: How Electricity Explains the World. They discuss the future of energy, the role of new technology, Climate Change challenges, and the increasing global demand for electricity. Beginning with a discussion of America’s own efforts to bring energy to rural communities in the 30s, they discuss the developing world. How do we meet the demands of human growth over the next decades without pouring unacceptable amounts of carbon into the air? How do we balance the desire to decarbonize our electricity sector with the need to reduce “energy poverty” and increase opportunity? Will the future of energy be determined by solar? Natural gas? Nuclear? Is green energy a grand illusion or can it address the needs of our future energy demands? 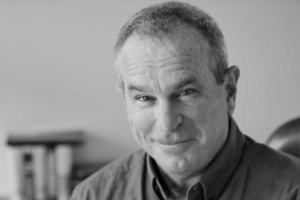 Robert Bryce is a Texas-based author, journalist, and public speaker. He has been writing about energy, power, innovation, and politics for more than 30 years. His books include Smaller Faster Lighter Denser Cheaper and Power Hungry. His articles have appeared in a myriad of publications including Time, Forbes, Wall Street Journal, and the New York Times. His sixth book, A Question of Power: Electricity and the Wealth of Nations, was recently published by PublicAffairs. He is also the producer of a new feature-length documentary film: Juice: How Electricity Explains the World, which is available on iTunes, Amazon Prime, and numerous other streaming platforms.