Deflation, inflation, debt, interest rates, QE, Federal Reserve policy—for many, words and ideas like these that come from the world of economics might as well be a foreign language. And sometimes, they seem like one. But they are important. In this episode of Thinking Ahead, Carter dives into technology and economics with Jeff Booth, author of The Price of Tomorrow: Why Deflation Is Key to an Abundant Future. Booth is a former entrepreneur and CEO who thinks that the power of technology is making just about everything in our lives cheaper. That could be good—except if you have lots of debt. And today, our economic system is awash in it. Perhaps that’s why, in the past few months, Federal Reserve Chairman Jay Powell has promised just the opposite—that the Fed is committed to creating inflation, come hell or high water. So what does the future hold—inflation or deflation? How will these dynamics effect politics? Investments? Cryptocurrency? Are we headed into a currency crisis? Are we caught in a debt bubble? This episode is a deep dive into the profound and complex relationship between technology, economics, central banks, and the future of our society. 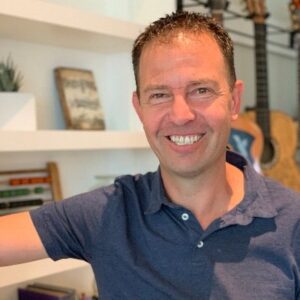 Jeff Booth is a visionary leader who has lived at the forefront of technology change for 20 years. He led BuildDirect, a technology company that aimed to simplify the building industry, for nearly two decades through the dot-com meltdown, the 2008 financial crisis, and many waves of technological disruption.

Jeff has been featured in Forbes, TechCrunch, Inc.com, The Globe and Mail, BNN, Fast Company, Entrepreneur, Bloomberg, TIME, and The Wall Street Journal. In 2015, he was named BC Technology Industry Association’s (BCTIA) Person of the Year, and in 2016 Goldman Sachs named him among its 100 Most Intriguing Entrepreneurs.

He is a Founding Partner of OtioLabs, Co-Founder of addyinvest.com and NocNoc, and serves on the boards of Terramera, Cubic Farms, LlamaZOO, Synthiam and the Richmond Hospital Foundation as well as numerous advisory boards.

Learn more about Jeff and his book at thepriceoftomorrow.com