What are the causes of political populism? How and why has it manifested so strongly in America? This country is often considered a society in which class is less important, but is that really true? In this episode of Thinking Ahead, Carter speaks to Michael Lind, professor at The University of Texas, about his book The New Class War: Saving Democracy from the Managerial Elite. Lind suggests that a new economic and cultural elite has risen in the last few decades and argues that only by recognizing the nature of this new class can we understand the resistance and frustration that is driving populist sentiment. He calls for a new “democratic pluralism” that can revitalize our body politic and reconnect increasingly alienated political factions. This wide-ranging conversation about the America’s political scene concludes with a discussion about the nature of democracy itself, and its deeper purpose. 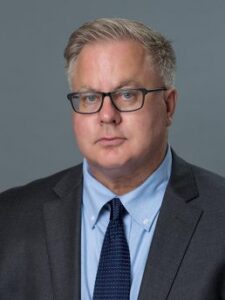 Michael Lind is a professor of practice at the LBJ School of Public Affairs at the University of Texas at Austin. A graduate of the Plan II Liberal Arts Honors Program and the Law School at The University of Texas with a master’s degree in international relations from Yale, Lind has previously taught at Harvard and Johns Hopkins. He has been assistant to the director of the Center for the Study of Foreign Affairs at the U.S. State Department and editor or staff writer for The New Yorker, Harper’s, The New Republic and The National Interest. A co-founder of New America, along with Walter Mead, Sherle Schwenninger and Ted Halstead, Lind co-founded New America’s American Strategy program, and served as policy director of its economic growth program. He is a former member of the boards of Fairvote and Economists for Peace and Security.

Lind has published in The New York Times, The Wall Street Journal, The Atlantic, Foreign Affairs, Foreign Policy, The International Economy and The Financial Times. He is the author of more than a dozen books of nonfiction, fiction, poetry and children’s literature, including several that were New York Times Notable Books of the Year. His studies of U.S. history, economics and foreign policy include The Next American Nation (1995), The American Way of Strategy (2006), Land of Promise: An Economic History of the United States (2012) and The New Class War: Saving Democracy from the Managerial Elite (2020).