Brian Muraresku: Psychedelic Sacraments and the Secret History of the Western Mind

When you think of psychedelics, what comes to mind? Probably not the ancient Greeks. Most people associate these mind-altering substances with the hippies of the sixties and seventies, or perhaps with some shamanic traditions. Yet new research suggests that psychedelics may be more deeply entwined in the roots of Western civilization than we realize. My guest today, classics scholar Brain Muraresku, has taken a remarkable journey across the ancient world in search of evidence for this theory. Brian is the author of the bestselling book The Immortality Key: The Secret History of the Religion With No Name. His ideas are finding a welcoming audience today, as our culture undergoes a radical reevaluation of our relationship with psychedelics. As the “war on drugs” gives way to a new era of study and engagement with these substances in both therapeutic, spiritual, and recreational settings, perhaps our culture is also ready to entertain the idea that they played a key role in the shaping of the Western mind, many millennia before the hippies showed up. Did psychedelics empower some of our civilization’s greatest thinkers and mystics—Plato, Socrates, Parmenides, Pythagoras, Plotinus, and others?  Were there hidden psychedelics in the stories of Homer? Could an ancient “war on drugs” conducted by church authorities explain the so-called witch-hunts of the Middle Ages? Was there more to the wine of the original Eucharist than we realize? Is there any evidence that Jesus partook? Join Brian and I as we explore these questions and more. 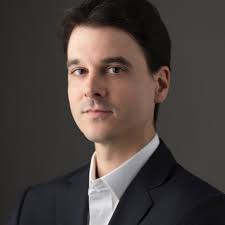 Brian C. Muraresku graduated Phi Beta Kappa from Brown University with a degree in Latin, Greek and Sanskrit. As an alumnus of Georgetown Law and a member of the New York Bar, he has been practicing law internationally for fifteen years. In 2016, Muraresku became the founding executive director of Doctors for Cannabis Regulation. Their work has been featured on CNN and ESPN, as well as The Washington Post and San Francisco Chronicle. In arbitration with the NFL in 2018, Muraresku represented the first professional athlete in the United States to seek a therapeutic use exemption for cannabis. He lives outside Washington D.C. with his wife and two daughters. The Immortality Key is his debut book. Learn more about Brian and his work here.