Craig Hamilton: Countercultures, Conspiracy Theories, and Everything in Between

QAnon. The hidden dangers of 5G. The nefarious secret plans of Bill Gates. The global cabal of pedophiles. Massive election fraud. Jewish space lasers. Conspiracy theories have grown like weeds during the pandemic and everyone, it seems, is trying to understand why. And this is not just a phenomenon on the Right. We also see it spreading widely in the alternative health and wellness movements and progressive spirituality, which have tended to be more politically Left. In fact, a new term has been coined to describe this unholy alliance: “conspirituality.” However far-out they may seem, these beliefs are becoming surprisingly common in the networks I’m connected to. So what is going on? How concerned should we be? How do we draw the line between the questioning of authority that has always been a hallmark of the counterculture, and the descent into dangerous fantasy? In order to help me grapple with these questions, I reached out to a very close friend, Craig Hamilton. Today, Craig is a well-known and popular spiritual teacher whose online courses and programs have been enjoyed by many thousands. But I first met Craig almost three decades ago, when we were fellow spiritual seekers and later editors of the magazine What Is Enlightenment? Craig is still one of the first people I turn to when I have a conundrum or a question ricocheting around in my head, and I play the same role for him. We’ve been having deep dialogues about every issue under the sun for a long time, and I’m delighted that I can now invite Craig on my podcast and share these always-insightful conversations in a public forum. 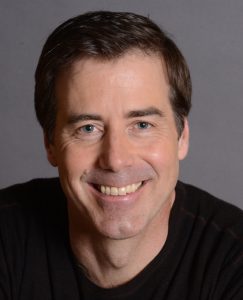 Craig Hamilton is a pioneer in the emerging field of evolutionary spirituality and a leading voice in the movement for conscious evolution. As the guiding force behind Integral Enlightenment, Craig offers spiritual guidance and teachings to a growing international community spanning 85 countries around the world. His life-changing online courses have more than 14,000 graduates to date, offering practical spiritual tools and training that are in step with our times and informed by an up-to-date understanding of the human condition. Craig’s programs integrate his decades of intensive spiritual practice with insights gleaned during his eight years as Senior Editor of the award winning What Is Enlightenment? magazine. He is a founding member of Ken Wilber’s Integral Institute, a member of Deepak Chopra’s Evolutionary Leaders Forum, and was a participant in the Synthesis Dialogues, a 35-person interdisciplinary think tank presided over by His Holiness the Dalai Lama. Access Craig’s latest videos, audios and articles here.