Jeffrey Kripal: Mystics, Mutants, and the State of Progressive Spirituality

Jeffrey Kripal has carved out a unique place in American culture. He’s a professor of Religious Studies at Rice university, with an unparalleled range of knowledge in mysticism, philosophy, esoteric thought, gnosticicm, spirituality, human potential, and so much more. Kripal’s work extends beyond academia as well. He spent a number of years as chairman of the Board at the renowned Esalen Institute in California, birthplace of the human potential movement. He’s a prolific author who has written numerous books and essays, developing a body of work that is as impressive as it is groundbreaking and sometimes controversial. Two of his books that I’ve particularly enjoyed are his history of Esalen (Esalen: America and the Religion of No Religion) and the delightful and insightful Mystics and Mutants: Science Fiction, Superhero Comics, and the Paranormal. This last title touches on another of Jeff’s great contributions: his laudable efforts to bring the paranormal into the realm of authentic study. From the evolution of consciousness to the exploration of mysticism to the pursuit of the paranormal, Kripal’s work has made room for a new generation of scholars to branch out and study more of dimensions of what lights up America’s spiritual and religious life. I honestly think he’s one of the most important figures in progressive spirituality today and I was delighted to have this opportunity to catch up with him on the latest episode of Thinking Ahead. 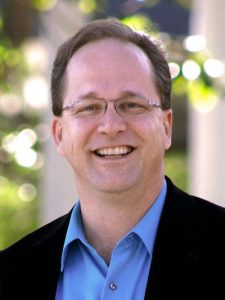 Jeffrey J. Kripal is the Associate Dean of the School of Humanities and holds the J. Newton Rayzor Chair in Philosophy and Religious Thought at Rice University, where he chaired the Department of Religion for eight years and helped create the GEM Program, a doctoral concentration in the study of Gnosticism, Esotericism, and Mysticism that is the largest program of its kind in the world. He is the Associate Director of the Center for Theory and Research at the Esalen Institute in Big Sur, California, where he previously served as Chair of the Board. Jeff is the author or co-author of eleven books, the most recent of which is The Flip: Epiphanies of Mind and the Future of Knowledge. He has also served as the Editor in Chief of the Macmillan Handbook Series on Religion (ten volumes, 2015-2016). He specializes in the study of extreme religious states and the re-visioning of a New Comparativism, particularly as both involve putting “the impossible” back on the academic table again. He is presently working on a three-volume study of paranormal currents in the history of religions and the sciences for The University of Chicago Press, collectively entitled The Super Story. Learn more at jeffreyjkripal.com.

@carter_phipps On how difficult it is for us moderns to comprehend the possibility that earlier humans occupied qualitatively different mindspaces than we do.

A Brief History of Philosophy

US clean power production by state