Justin Scheck: MBS, Power, and the Future of the Middle East

MBS. Those three letters may not mean much to many Americans, but in the Middle East, they are instantly recognizable. They are the initials of Mohammed bin Salman, Crown Prince of the Royal House of Saud—the most powerful person in Saudi Arabia and one of the more influential figures in world politics at the moment. When Mohammed bin Salman became next in line to the throne a few years ago, there was hope that the young leader might represent a more modern, dynamic Saudi Arabia, one less in thrall to the conservatism of the country’s religious clerics. And in some ways, that has proved to be true. MBS has taken numerous steps to evolve his country. He has worked to reduce the power and influence of the religious establishment; to wean the country off of its reliance on oil; to curb corruption; to expand the economy; and even change the country’s relationship with traditional enemies like Israel. But unfortunately, there is much more to the picture, as is laid out in the recent book Blood and Oil: Mohammed bin Salman’s Ruthless Quest for Global Power by Justin Scheck and Bradley Hope. MBS has embroiled Saudi Arabia in regional conflicts, shown a proclivity for ruthless political infighting, and thrown political rivals in jail or worse. Most notably and shockingly—in the eyes of the West at least—he was involved in, or failed to stop (depending on who you believe), the brutal murder of journalist Jamal Khashoggi in Turkey.

So, who—and what—is MBS? Is he the best hope for leading the young and restless Saudi populace into a brighter, more modern future? Or is he an impulsive, ruthless autocrat, with little regard for the international ethics or norms of leadership, who could destabilize global politics? These questions may seem a world away from the United States, and from many of the topics I usually cover in this podcast. But I would argue that the ongoing tension between traditional religious worldviews and a more modern worldview is a key fault line across the world right now, and its tremors will touch us all. How societies like Saudi Arabia make the transition into modernity, and how they deal with the reactions and counter-reactions that are so often part of that transition will say a lot about how our global future unfolds. We have learned the hard way that what happens in the Middle East does not always stay in the Middle East. The fortunes of the region play an outsized role in the future stability of geopolitics. That’s why I invited Justin Scheck, Wall Street Journal reporter and co-author of Blood and Oil to come on the podcast and talk to me about MBS, Saudi Arabia, and the future of the Middle East. 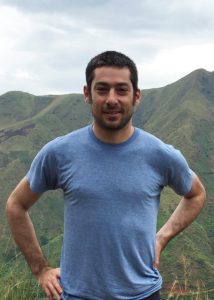 Justin Scheck has been a reporter at the Wall Street Journal since 2007, covering white collar crime across four continents. He has been writing about Saudi Arabia since 2016.

Scheck is a Pulitzer Prize finalist, and coauthor, with Bradley Hope, of Blood and Oil: Mohammed bin Salman’s Ruthless Quest for Global Power.