Gregg Easterbrook: Promises and Perils of the Blue Age

When was the last time you remember a significant battle on the high seas? If you’re like me, such an event may well be hard to recall. I’m old enough to remember the Falklands war, but that’s about it. Today’s guest on Thinking Ahead, author Gregg Easterbrook, wants his readers to understand that that blank space in most of our memories is not an accident. It has come about courtesy of a very particular set of circumstances that have arisen over the last half century—many of which come down to the superiority and effectiveness of the US Navy. In his recent book, Easterbrook coined the term “the Blue Age” to describe this unique period of history in which there has been peace and prosperity on the world’s seas. Not since the Phoenicians, he points out, has there been anything resembling what we’ve seen in the last decades. And one of the consequences of that relative peace has been an explosion in global trade, and a subsequent and massive reduction in global poverty. So, can this unique historical situation continue?  What forces, or countries, threaten the Blue Age? Is a potential new naval arms race on the horizon? Is the Blue Age actually sustainable—technologically, geopolitically, and also environmentally? In this episode of the podcast, I speak to Gregg Easterbrook about his new book; the challenges of maintaining US Naval supremacy and using it wisely in a multipolar world; and the various other promises and perils that present themselves, many decades into the Blue Age. 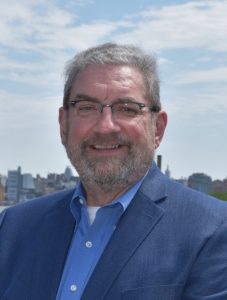 Gregg Easterbrook is the author of twelve books, including The Blue Age: How the US Navy Created Global Prosperity—And Why We’re in Danger of Losing It and It’s Better Than It Looks: Reasons for Optimism in an Age of Fear. He was a staff writer, national correspondent or contributing editor of The Atlantic for nearly forty years. Easterbrook has written for the New Yorker, Science, Wired, Harvard Business Review, the Washington Monthly, the New Republic, the New York Times, the Wall Street Journal and the Los Angeles Times. He was a fellow in economics and in government studies at the Brookings Institution. In 2017 he was elected to the American Academy of Arts and Sciences. Learn more about Gregg here.