Diana Pasulka: Religion, UFOs, and the Experience of the Uncanny

In her the 2019 book American Cosmic, scholar Diana Pasulka offers a surprising and original perspective on one of my favorite topics: UFOs. She proposes that UFOs and the obsession with them has become a type of post-secular religion. She even shows that modern accounts of UFO encounters closely resemble religious visions of yesteryear. But one of the most interesting things about Pasulka’s book is what she shares about the shift she underwent personally as she studied more and more about the subject—from somewhat skeptical to more and more curious to eventually convinced that there is a real phenomenon that we need to study. She was helped along on that journey by two individuals, scientists who are part of what is sometimes called the “Invisible College,” meaning researchers and academics who study this phenomenon but don’t talk publicly about it. One of those individuals, celebrated Stanford professor Gary Nolan, has since become more public. And UFOs have as well. The subject has emerged from underground counterculture conversations into something approaching the mainstream. Even government is getting involved, with the recent congressional hearings (something I discussed with Australian journalist Ross Coulthart on an earlier episode of this podcast). For this episode, I’m happy to have the opportunity to talk to this unique religious scholar who is delving deeply into the more esoteric dimensions of subject—beyond the “nuts and bolts” of UFO research. Her inquiry is less about sightings of physical aircraft (though she does share a fascinating story of being taken, blindfolded, to an alleged crash site in the desert) and more focused on consciousness, subjective experience, and meaning. Indeed, there is a dimension of this phenomenon that interfaces with spiritual or ontological aspects of the human experience in ways that are unusual, surprising, and sometimes just, well, strange. I’ve wanted to talk to Dr. Pasulka for a long time and I’m thrilled to finally have her on the podcast. 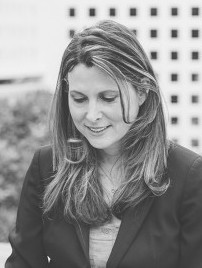 Diana Walsh Pasulka is a professor of religious studies at the University of North Carolina Wilmington, and chair of the Department of Philosophy and Religion. Her current research focuses on religious and supernatural belief and practice and its connections to digital technologies and environments. She is the author and co-editor of numerous books and essays, including American Cosmic (Oxford University Press, 2019). She is also a history and religion consultant for movies and television, including The Conjuring (2013) and The Conjuring II (2016). She has been the principal investigator for numerous grants, including the Federal grant program Teaching American History, which supported middle school and high school teachers in their efforts to teach religious and American history to public school students throughout North Carolina.

Learn more about Diana and her work here.