Tom Mustill: How to Speak Whale

What would you do if a whale landed on top of you—and you lived to tell the tale? That’s exactly what happened to wildlife biologist and filmmaker Tom Mustill in 2015, when a breaching humpback whale came crashing down on his kayak in California’s Monterey Bay—an event that was caught on video and quickly went viral. And what Tom did was to embark on a multi-year journey to better understand the inner life of the majestic sea mammal that had come so close to ending his own life. Why do whales breach? Do whales communicate? What is the meaning of their songs? These questions and more led him into the fascinating world of animal communication, enabled by the latest breakthroughs in technology that are enabling us to gather and analyze unprecedented volumes of data. The resulting book, How to Speak Whale: A Voyage Into the Future of Animal Communication, is an extraordinary and engaging read, filled with groundbreaking new research and insights. As a lifelong lover of animals, I count this book among a handful of seminal works that have, over the past decades, powerfully changed my own understanding and reshaped our collective perception of a particular animal species and also of animal life in general. We still have so much to learn about inner lives, the cultures, and the intelligence of the other sentient beings with whom we share our planet. And as we learn, we must grapple with profound, even existential questions about our own place in the web of life, our impact, and the ways we relate to our fellow creatures. I was thrilled to have the opportunity to explore some of these big questions with Tom Mustill on this episode of Thinking Ahead. 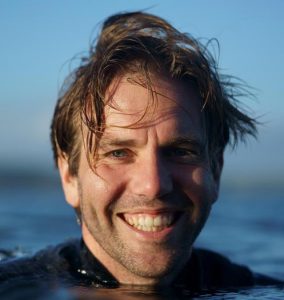 Tom Mustill is a Producer, Director, and Writer specializing in stories of where people and nature meet. His work with David Attenborough, Greta Thunberg, Stephen Fry and conservation and science heroes across the globe have won over 30 international awards, including two Webbys, a Wildscreen Panda, two Jackson Wild Awards and been nominated for a Primetime Emmy. He directed on the blockbuster Inside Nature’s Giants series which won a BAFTA, Royal Television Society and Broadcast award, as well as the ZSL Award for Communicating Zoology. His debut book, How to Speak Whale: A Voyage Into the Future of Animal Communication, was published in 2022.

Learn more about Tom and his work at Gripping Films