Steve McIntosh is already a regular guest on this podcast, and that’s no accident. Steve and I have been collaborating for many years, and we even cofounded the Institute for Cultural Evolution almost a decade ago. Steve is the President of the think tank and continues to build it, even as he releases important intellectual content, including his writings, books, talks, various podcast appearances. The subject of this dialogue is a significant one—it’s on human nature. Does it evolve? Or is it fixed? And how do we think about the evolution of self and culture, given our biological constraints? Since this conversation was recorded, Steve has also posted an article on the same subject, with the same title, Does Human Nature Evolve?, which can be found in here. I’m thrilled to have Steve back on the podcast to explore one of the most foundational questions in philosophy, psychology, and even spirituality. 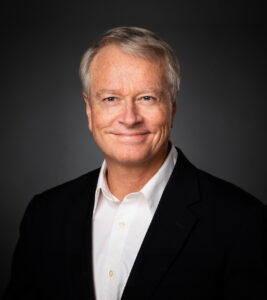 Steve McIntosh, J.D., is a leader in the integral philosophy movement and author of Developmental Politics: How America Can Grow Into a Better Version of Itself (Paragon House, 2020). He is president and cofounder of the Institute for Cultural Evolution, which focuses on the cultural roots of America’s political problems.

Steve is also coauthor, with John Mackey and Carter Phipps, of Conscious Leadership: Elevating Humanity Through Business (Portfolio, 2020) and author of The Presence of the Infinite (Quest, 2015), Evolution’s Purpose (Select Books, 2012), and Integral Consciousness and the Future of Evolution (Paragon House, 2007).

Before becoming a writer and social entrepreneur, Steve had a variety of other successful careers, including founding the consumer products company Now & Zen, and practicing law with one of America’s largest firms. His innovative political thinking has been featured on NPR, USA Today, The Daily Beast, Real Clear Politics, The Hill, The National Journal, and in a wide variety of other media. He is an honors graduate of the University of Virginia Law School, and the University of Southern California Business School. Steve grew up in Los Angeles and now lives in Boulder, Colorado with his wife and two sons.

Learn more about Steve’s work at SteveMcIntosh.com or the Institute for Cultural Evolution